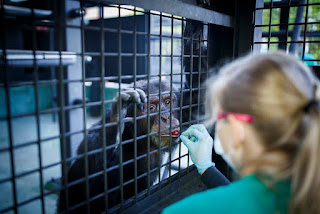 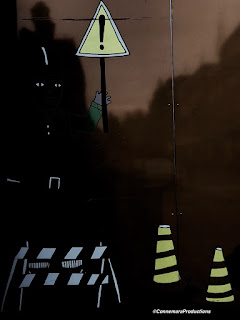 Please read this as well as the budget plan. Your vote matters.

"With the release of the Republican tax proposal, the most important tax debate in a generation is in full swing. Most reasonable experts agree that tax reform has the potential to spur investment and raise wages while also simplifying the system and increasing its fairness and legitimacy. The right question for debate is not the desirability of tax reform or even of business tax reform directed at spurring investment. It is the likely economic effect of particular proposals.


Unfortunately, the proposal on offer by House Republicans may well retard growth, reward the wealthy, add complexity to the code and cheat the future, even as it raises burdens on the middle class and the poor. There are three aspects of the proposal that I find almost inexplicable, except as an expression of the power of entrenched interests.

First, what is the rationale for passing tax cuts that increase the deficit by $1.5 trillion in this decade and potentially more in the future, instead of pursuing the kind of revenue-neutral reform adopted in 1986? There is no present need for fiscal stimulus. The national debt is already on an explosive path, even without taking into account large spending needs that are almost certain to arise in areas ranging from national security to infrastructure to addressing those left behind by globalization and technology.

Borrowing to pay for tax cuts is a way to defer pain, not avoid it. Ultimately, the power of compound interest makes necessary tax increases or spending cuts that are even larger than those tax reductions. But in the meantime, debt-financed tax cuts would raise the trade deficit and reduce investment, thereby cheating the Second, what is the case for cutting the corporate tax rate to 20 percent? For at least five years under the GOP proposal, businesses would be able to write off investments in new equipment entirely in the year that those investments are made. So the government would be sharing to an equal extent in the costs of and returns from investment, eliminating any tax-induced disincentive to invest. The effective tax rate on new investment would be reduced to zero, or less, even before considering the corporate rate reduction. A corporate rate reduction serves only to reward monopoly profits, other rents or past investments. Given the trends of the past few years, are shareholders really the most worthy recipients of such a windfall?

Proponents of the House approach defend it by pointing to international considerations. Unfortunately, the “territorial” approach being pushed by the House, which would renounce the objective of taxing the global income of U.S. companies, could easily encourage offshore production. Wouldn’t it be much better for the United States to lead an initiative to prevent a race to the bottom in global corporate taxation than for it to try to win a race to the bottom?

Third, why include new complexities that help the richest taxpayers while taking steps that hurt middle-income families? Why should passive owners of businesses that are already avoiding the corporate tax get a big rate reduction to 25 percent when those who actually operate and work in such businesses pay at a higher rate? What is the rationale for eliminating the estate tax when it is paid by only 0.2 percent of estates?

At a bare minimum, if such provisions are to be adopted, one would assume they would be paid for, to the maximum extent possible, through steps such as eliminating the carried-interest loophole or loopholes that enable real estate tax shelters. Not so. The proposal instead goes after measures such as the adoption tax credit, deductions for major medical expenses and the deductibility of student-loan interest. These seem like far more important benefits to preserve than carried interest.

Congress should instead return to the 1986 approach of revenue-neutral tax reform, while being careful not to adversely affect the progressivity of the tax system. This would enable what is most needed now: strengthening incentives for investment in the United States relative to other countries and raising the legitimacy of the tax code.

It is possible (though I doubt it) that the questions I have raised here have good answers. And there may be reasons that 1986 is an inapplicable model for today.

What is certain, though, is that we have a once-in-a-generation debate underway. Even those who disagree on policy should be able to agree on the importance of not making decisions until all relevant analytical work can be completed."
Posted by Let Kids Be Kids Inc. at 8:45 AM No comments: