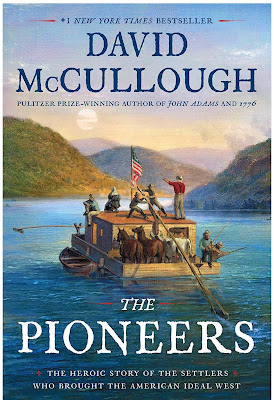 Pulitzer Prize–winning historian David McCullough rediscovers an important and dramatic chapter in the American story—the settling of the Northwest Territory by dauntless pioneers who overcame incredible hardships to build a community based on ideals that would come to define our country.

As part of the Treaty of Paris, in which Great Britain recognized the new United States of America, Britain ceded the land that comprised the immense Northwest Territory, a wilderness empire northwest of the Ohio River containing the future states of Ohio, Indiana, Illinois, Michigan, and Wisconsin. A Massachusetts minister named Manasseh Cutler was instrumental in opening this vast territory to veterans of the Revolutionary War and their families for settlement. Included in the Northwest Ordinance were three remarkable conditions: freedom of religion, free universal education, and most importantly, the prohibition of slavery. In 1788 the first band of pioneers set out from New England for the Northwest Territory under the leadership of Revolutionary War veteran General Rufus Putnam. They settled in what is now Marietta on the banks of the Ohio River.

McCullough tells the story through five major characters: Cutler and Putnam; Cutler’s son Ephraim; and two other men, one a carpenter turned architect, and the other a physician who became a prominent pioneer in American science. They and their families created a town in a primeval wilderness, while coping with such frontier realities as floods, fires, wolves and bears, no roads or bridges, no guarantees of any sort, all the while negotiating a contentious and sometimes hostile relationship with the native people. Like so many of McCullough’s subjects, they let no obstacle deter or defeat them.

Drawn in great part from a rare and all-but-unknown collection of diaries and letters by the key figures, The Pioneers is a uniquely American story of people whose ambition and courage led them to remarkable accomplishments. This is a revelatory and quintessentially American story, written with David McCullough’s signature narrative energy.
Posted by Let Kids Be Kids Inc. at 4:10 PM No comments:

Samarkand - those were the days my friend... 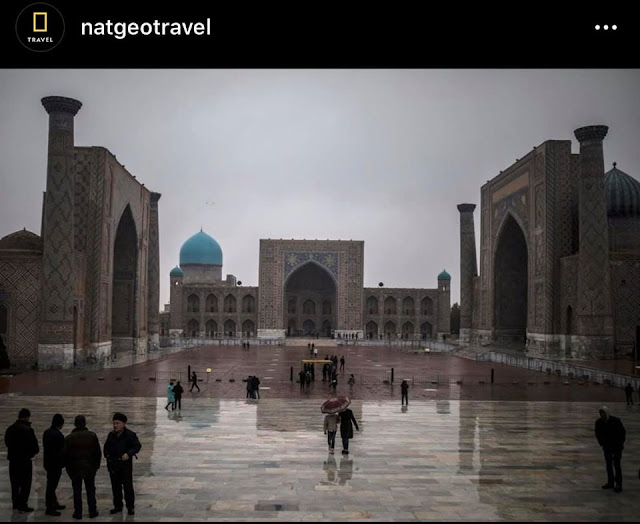 Doesn’t seem that long ago when I was standing exactly here in Samarkand. I took a photo almost identical to this view. Back before digital photos!!! Ah, those were the days...
Posted by Let Kids Be Kids Inc. at 1:50 PM No comments: 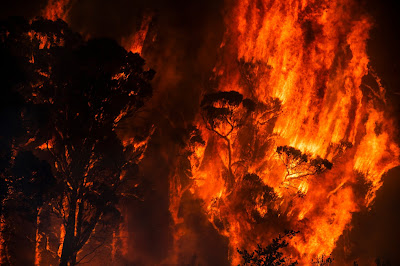 If you have friends or family in Australia here is a great source for information.

https://www.abc.net.au/news/emergency/?fbclid=IwAR199Bt0QzqeK3fPdcVacRqlMwSklU_8s3ePlhvj8VTkyqGoK9vR4oMoITY
Posted by Let Kids Be Kids Inc. at 1:45 PM No comments: