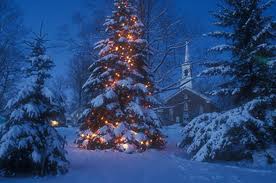 The 1920’s, in northeastern Montana, were not for the weak and pampered!

Anna, aged 96, fondly recalls following her father as he drove the horses pulling the plow that allowed she and her sister to plant in the irregular grooves left behind. Wheat, wheat and more wheat along with cows, pigs, chickens, ducks and two small vegetable gardens that sustained the family and contributed a few coins to moms purse on market days were all they had in those days.
Survival and hard work were what made so many of our generations grandmothers so remarkable.
So many of their stories are left untold as few questions are asked by their kids and their kids kids kids…

In winter Anna took part in the endless canning of meat for the summer months. During winter, the freezing weather took care of keeping the meat safe to eat. During summer they canned everything they would need for winter. Canning took up a great deal of their time, as they had to stay a step ahead of the seasons and the needs of the growing family.
School took place in a one-room school that rotated from one ranch to another. It was very basic with an emphasis on reading.
No electricity, a coal fueled kitchen stove, a potbellied wood burner to keep the ice off the inside walls, two outhouses fifty yards down wind from the house were the high tech luxuries that held families together.

Christmas was a very special time of year for everyone within thirty miles of Anna’s home. About nine miles away from the ranch was a Lutheran church that had ministered to the many Norwegians who had accompanied her mom’s immigration twenty-four years before Anna’s arrival.
On Christmas all the families would dress in their best outfits and travel to the church in horse drawn sleighs or in glued together working automobiles belching out scary noises along the roadway. Families arrived early in the morning for a special service, play and program that focused on the kids. The church was gaily decorated with a huge Christmas tree garnished with candles burning brightly. Two men kept a close eye on the tree as well as replacing candles as they burned down.
Each child received one present. Usually the present was functional but occasionally a doll would show up instead of new boots, gloves, sweaters or trousers. Sometimes a boy would receive a pocketknife that spoke of his maturity to the assembled crowd or proud adults.
Food was traditional with every family offering cookies, pies, ham, chicken, duck, homemade wines, and liquors for all to enjoy. Anna recalls one Christmas when a family arrived with a huge crate recently arrived from Norway. Everyone gathered around it as it was opened. It was full of small hand made gifts, jellies, and canned treats for the whole community.
The midday meal was followed by games, song and dancing until everyone was tired or famished or both tired and famished.
As the day darkened a final meal was served which an emphasis on desserts, candied fruit and hard candies hidden for weeks from the kids by anxious moms.
Everyone snuggled under a ton of blankets as they rode home. The horses had bells attached to their harnesses to ring out Christmas to the darkened snow covered fields bordering the road.
“Those were the best Christmases ever!”