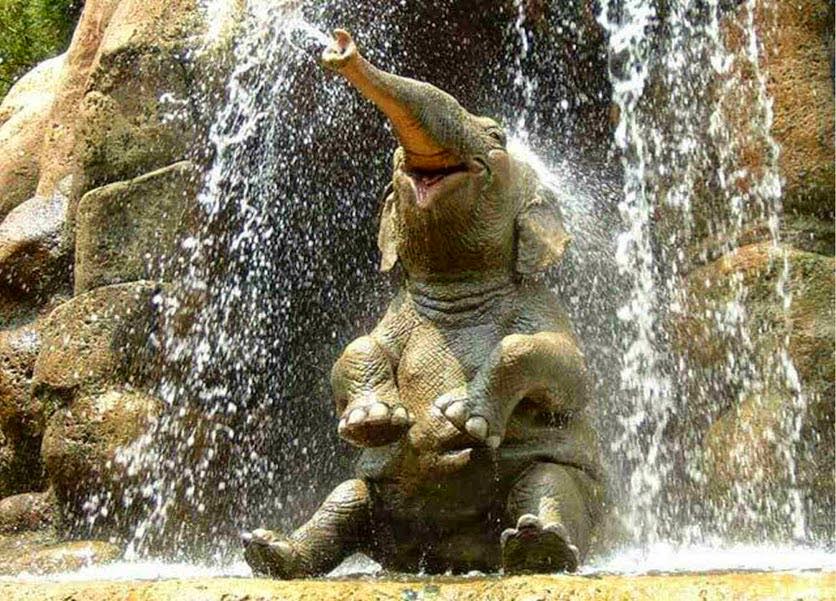 This story was shared with me yesterday by a lady who has been involved with wildlife rescue in Africa for most of her life.
I was at the Van Gogh Coffeehouse in Wedgwood, Seattle, having a cup and jawing with the fella at the next table, when a lady stopped by to say hello to him. He told her in his introduction of me to her about my interests with various wildlife organizations and my training at the Woodland Park Zoo.
Without a pause she asked us. “Did you hear what happened with your elephants when they arrived at the San Diego Zoo?”
Bamboo, 48, and Chai, 36, after years at the Woodland Park Zoo in Seattle are being re-located to the Zoo in Oklahoma City. On the way to Oklahoma the threats of severe weather made the journey potentially perilous so the decision was made to head to the San Diego Zoo until it was safe to proceed to Oklahoma.
We both responded negatively.
“Well, I can’t remember the name of the man but he was a volunteer at the Zoo here in Seattle for years and years, decades I guess. He had particular interest in the elephants and spent time everyday with them. Over the years they would recognize him by occasional trumpeting when he approached them. As I said, this went on for years. I don’t recall when, but he retired and moved to San Diego a few years back. Apparently he is a docent with the Zoo there.
When he heard about the rerouting from Salt Lake to San Diego he made calls requesting approval to be at the gate when his old friends arrived.
Well, when they pulled up he walked out calling to them. They both trumpeted!”
She stood there for a moment with eyes brimming with tears.
She wasn’t alone-
(Photo by Sluníčko Sedmitečné to National Geographic)
Posted by Let Kids Be Kids Inc. at 11:05 AM