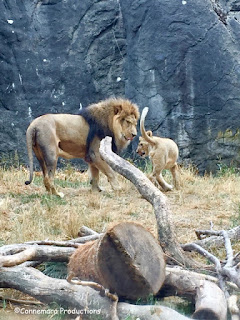 Animals as non-human residents!!! Maybe, with all the American shootings, we could extend this to people animals!!??
"A Spanish town has become the first in the world to give human rights to animals.
In the town of Trigueros del Valle, which has a population of just 300 people, politicians have voted overwhelmingly in favour of giving cats and dogs rights.
The town council voted to define the beloved pets as “non-human residents”, which gives them similar rights to its citizens.
Pedro Pérez Espinosa, the town’s Socialist mayor, said: “Dogs and cats have been living among us for more than 1,000 years.
“And the mayor must represent not just the human residents but must also be here for the others.”
The Renedo Declaration consists of 13 articles, including "all residents are born equal and have the same right to existence" and "a resident, whether human or non-human, is entitled to respect".
The new pet protections were welcomed by animal rights groups.
Campaigners, Rescate 1, said: “Today, we are closer as species and we are now more human thanks to the sensitivity and intelligence shown by the people of Trigueros del Valle.
“This is a great day for humans and non-human citizens alike.”
It is a landmark decision in Spain - a country which still allows the controversial “sport” of bullfighting.
There are hopes that the monumental ruling could lead to an end to bullfighting, which has been banned in certain regions, but still attracts audiences in areas such as Madrid and Seville.
Bullfighting will not be allowed in Trigueros del Valle, which now forbids “any action that causes the mutilation or death of a non-human resident”.
Yet while areas, including Catalonia, have banned the blood sport, the Spanish government is considering a new law that could make bullfighting part of the country's national heritage.
The move could prove disastrous for animal rights advocates as it would provide tax breaks to promoters and allow them to ignore local authority bans.
International animal rights groups have welcomed Trigueros del Valle's “milestone” decision, which they hope will influence other authorities.
PETA UK Director, Mimi Bekhechi, said: “Trigueros del Valle's legislation marks an important milestone and shows that times are changing for human understanding of who, not what, animals are.
“Our society is evolving, and history shows that the law evolves with it. Not that many years ago, many human beings were treated like 'things'.
“Married women and children were simply the property of men, and many people of African descent were also considered to be property.
“Thankfully, today, other forms of discrimination and prejudice are being discarded as people come to realise that all animals, human or otherwise, are emotional, intelligent beings who experience pain, love, joy and fear.
“Eventually, it will be understood that legal rights cannot rightly be decided by species any more than they can be determined by gender, age or skin colour.
“PETA are pleased that Trigueros del Valle has advanced the cause of respect for others, and we hope the influence of this legislation will spread. One day, we will look on our treatment of these animals with shame, as many of us already do.” #yeson1401
Photo: M Barrett Miller
Posted by Let Kids Be Kids Inc. at 6:50 AM