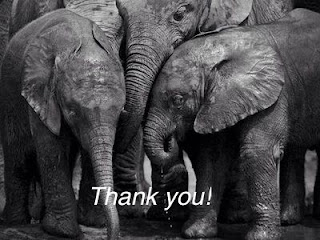 
Thank you Washington voters for passing Initiative 1401, making Washington the first state in the country to help save 10 endangered animal species groups from extinction by a vote of the people.
Thank you for all your support towards our advocacy on this important issue.
“By creating tough new penalties for trafficking products made from these animals, Washington joins other major port states like California, New York and New Jersey in passing laws that close loopholes allowing the black market to thrive for endangered species products.
With I-1401, Washington state does its part in the fight to save elephants, rhinos, tigers, lions, leopards, cheetahs, pangolins, sharks, marine turtles and rays. Starting December 3, parts and products from these animals will be illegal to sell, including ivory trinkets, tiger pelt rugs, and traditional folk medicine made from rhino horn or pangolin scales. Truth is an elephant needs its ivory tusks more than we need an ornament. A tiger needs its fur more than we need a floor covering and a pangolin needs its scales more than we need medicine proven to be ineffective.
I-1401 establishes a model for citizens, legislators and leaders across America – and around the world – to end the demand that fuels the extinction of animals in the wild. Other states now have the opportunity to build upon what Washington has started by achieving victories of their own. In 2016, Oregon voters will be faced with a similar initiative, and when it passes, three major west coast states will have laws banning the sales of endangered species products. With each victory, we’re one step closer to ending extinction.”
Fred Koontz, PhD, Vice President of Field Conservation, Woodland Park Zoo