What are they Thinking? 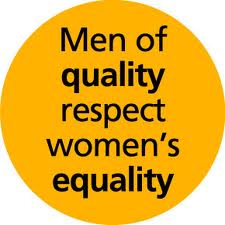 Whats going on here?
What are the Republicans thinking?
Is this a sound platform for the Republican party?
Have I gone nuts or have they left the rails?
Are women really who they want to target??
The following is from U.S. Senator Cantwell pleading for people to stand up and scream at those who seem determined to curtail the rights of women.
"...Between Rush Limbaugh’s disgusting smears and Mitt Romney’s plan to “get rid of” Planned Parenthood, it's clear that the right wing will stop at nothing to advance their anti-women agenda. But now, the New York Times is reporting that Republicans plan to OPPOSE a critical extension of the Violence Against Women Act.  The Violence Against Women Act (VAWA) -- which helps survivors of domestic violence -- will come to the floor for extension in the next few days. When VAWA first made its way through Congress in 1994, it enjoyed broad bipartisan support. Yet last week, not one Republican voted in favor of the extension in committee. Not one. And reports now say that Republicans are planning to oppose passage..."
Posted by Let Kids Be Kids Inc. at 2:56 PM