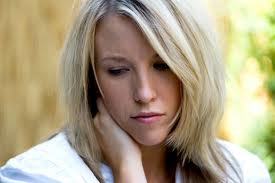 Does anyone actually care?
I mean really care?
Care enough to do something about the situation?
Care enough to speak up and say what is, and has been going on, is wrong?
Care enough to make necessary changes?
For four years I have been pleading with a particular middle school administration, teachers, parents, Archdiocese to stop passing on kids who are failing.
Passing on is one giant trespass against a kid’s internal self-concept and sense of right and wrong!
Graduating them is abusive on every level.
What message are you giving a child when you pass them on and allow them to graduate?
They know it’s a lie.
They know you are lying about their achievements.
They know the graduation ceremony full of “hip hip hoorays” is a sham and a lie to their parents, and all the other kids, who know that a particular student didn’t deserve to pass, much less graduate.
They don’t like themselves because they are going along with the lie.
They don’t like their parents because they are going along with the lie.
They don’t like their teachers, administrators, district, priest, bishop or archbishop for lying about their achievements.
They don’t like anyone, as no one is standing up for what they really deserve.
They know they were ignored and underserved by all those who claimed to have their best interests at heart.
They didn’t get any tutoring, language classes, mentors, teacher one on one dedication, parents screaming for instructional credibility -
There was no librarian, ESL instructors, qualified tutors, counselors, or urgency to help them towards success.
Most of all they have learned to integrate the lie and pretend they are more than they are-
They know better, but don’t know how to extricate themselves from the lie.
They will now live the lie.
They will always look back at the lie and how those who claimed to care treated them as deserving no more than the lie.
A quick telephone conversation with eleven heads of school asking about how they “handle” a failing child highlights how the school I am writing about is getting away with child abuse.
There, I said it!  Child abuse!
Every single principal and headmaster/mistress said they closely monitored each child through weekly/bi-weekly class reviews with the teachers who comment on every single child on their roster. If a child is falling behind a conference is called with the parents, teachers and student to determine what can be done to help the child. If the child’s progress remains the same further conferences are held offering measurable outcomes, support, time lines and further evaluations.
The child and parents are made aware that the child will not progress to the next class level unless the child makes the discussed changes.
Each administrator said all his or her resources would be available to support the child.
If the child continues to fail he or she will be asked to leave the school.
Under no circumstances would a failing child be allowed to graduate.
A couple of Tuesdays ago a student I know graduated from the 8th grade.
The student has successfully failed the majority of classes since the 6th grade.
This student is not alone, as each year students have graduated from this school without attaining the basic requirements.
Kids who could not read, speak or write in English graduated.

A ceremony was held in the parish church to underscore the level of achievement these kids had accomplished. They were subjected to all sorts of kudos, hugs, cheers, cake and cookies afterward in a gaily-decorated lunchroom.
They were honored for their successes.
They were lied to-
So, where is the Archbishop, bishop, parish priest, principal, teachers and parents who should be shouting from the rooftops for these kids?
They are silently lying to the kids at the most important time of their lives.
Shame on you!
The kids deserve better.