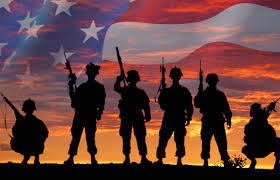 Veterans Day!! The best way to honor veterans is to refuse to create anymore--
Just heard on Thom Hartmann a "Republican" radio shill refer to veterans as "moochers and takers." Yep, elections have consequences....Apparently 58% of veterans voted Republican. Apparently they don't understand what the Republicans have not done for them...Under the leadership of Mitch McConnell filibustered a bill that would have boosted VA funding by $21 billion, expanded benefits, and repealed a provision of the Murray-Ryan budget deal that slashed military pensions.
Back in 2012,, GOP senators blocked a $1 billion jobs bill would have helped millions of unemployed veterans find work. And in that same year, Republican opposition also blocked a bill - the so-called Veterans’ Compensation Cost of Living Adjustment Act - that would have kept veterans’ benefits on par with rising expenses.
The list goes on. Before that, GOP lawmakers killed the Wounded Veteran Job Security Act, the Veterans Retraining Act of 2009, the Homeless Veterans Reintegration Program Reauthorization Act of 2009, the Disabled Veterans Home Improvement and Structural Alteration Grant Increase Act of 2009, the Veterans Business Center Act of 2009, and the Job Creation Through Entrepreneurship Act of 2009...
Posted by Let Kids Be Kids Inc. at 10:36 AM