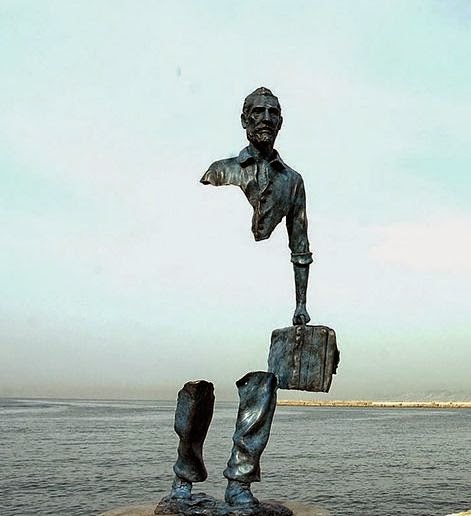 Just over a year ago, Govenor Jay Inslee announced a halt to executions in Washington state, saying none would proceed while he remains governor.

Let Kids Be Kids,Inc™ is an advocate for the eradication of the death penalty across America.
"Now a bipartisan group of state lawmakers wants to take the next step by repealing the death penalty entirely.
House Bill 1739, introduced Monday, would make Washington the 19th state to abolish capital punishment. Instead of facing execution by hanging or lethal injection, under the bill people convicted of aggravated first-degree murder would be sentenced to life in prison without possibility of parole. They’d also be required to work behind bars to pay restitution to their victims’ families.
Similar efforts to end capital punishment in the state have failed to advance beyond a public hearing in recent years.
But sponsors hope Inslee’s hitting the pause button on executions — a move criticized by some law-enforcement leaders and victims’ families — may kick-start a serious debate about the fairness and expense of the death penalty.
The House Bill 1739, is co-sponsored by two Democrats, Reps. Reuven Carlyle, D-Seattle, and Tina Orwall, D-Des Moines, and two Republicans, Reps. Chad Magendanz, R-Issaquah, and Maureen Walsh, R-Walla Walla.
A companion bill, Senate Bill 5639, has been introduced in the Senate by Sen. Mark Miloscia, R-Federal Way, and Seattle Democratic Sens. Jeanne Kohl-Welles and Jamie Pedersen.
You may send a brief message to your district legislators through the in-state toll-free Hotline number: 800.562.6000.
You may send an e-mail message to your legislator by using the legislator e-mail services at http://app.leg.wa.gov/memberemail/.
The Hearing Impaired can send a brief message to their district legislators through the in-state toll-free TTY Hotline number: 800.635-9993.
Two examples:

"...Carlyle, who has repeatedly sponsored anti-death-penalty bills, said he believes there has been “a shift in thinking on this issue” and expects “a very sincere conversation” this year.

Magendanz wasn’t willing to give the governor credit for inspiring the bills.
“The governor’s current moratorium on capital punishment puts many cases of violent crime in limbo, prolonging the grief and suffering of the victim’s family,” he said in an email. “Instead, I co-sponsored this bill so that the Legislature could have a thoughtful discussion around the underlying policy of whether it’s appropriate for the state to take a life.”
Some law-enforcement officials were critical of Inslee’s moratorium last year, saying they had not been consulted.
A spokesman for King County Prosecutor Dan Satterberg said “there has been no change. He still supports the death penalty.”
Satterberg’s office is prosecuting two death-penalty cases: one against two people accused of killing six people in Carnation in 2007 and another against a man accused of killing a Seattle police officer in 2009.
Inslee’s decision to halt executions applies only to those that may reach his desk after all appeals are exhausted.
There are nine inmates on death row in the state, and the governor did not commute their sentences, meaning a future governor could allow executions to proceed.
Inslee said last year he’d support a bill repealing the death penalty if lawmakers approved one — a position spokeswoman Jaime Smith reaffirmed Monday.
“He hoped the moratorium would help spark this kind of conversation and is glad to see the Legislature will have an opportunity to talk about it this session,” Smith said in an email.
Seattle elected officials called capital punishment an ineffective crime deterrent in a letter Monday signed by Mayor Ed Murray, all nine Seattle City Council members and City Attorney Pete Holmes. Calling the death penalty costly and unequally applied, they urged lawmakers to pursue “safe and just alternatives.”
City Councilmember Tim Burgess spearheaded the letter, which noted the two current death-penalty cases in King County have cost taxpayers more than $15 million.
A recently released Seattle University study found aggravated-murder prosecutions in which the death penalty was sought cost $1 million more than cases where capital punishment was not pursued.
Miloscia, a former Democratic legislator who switched parties to run as a Republican last fall, objects to the death penalty on both cost and pro-life grounds.
“I think the public is slowly changing on this, both nationally and in this state,” he said in an interview.
But Miloscia conceded he is likely a minority among Republicans and was not sure whether he’d be able to get any fellow GOP senators to sign on to the bill.
Sen. Mike Padden, R-Spokane Valley, who chairs the Senate Law and Justice Committee, was noncommital.
“I have a great deal of respect for those who have a consistent desire to protect life — especially innocent, human life, but l also have a great deal of respect for the families of victims seeking justice,” Padden said in a statement through a spokesman.
Eighteen states have abolished capital punishment, including six that have acted since 2007, according to the Death Penalty Information Center in Washington, D.C.
Oregon remains a death-penalty state, but Gov. John Kitzhaber halted all executions there in 2011.
Since 1904, Washington has executed 78 men, according to the state Department of Corrections.
No women have been executed." ("Times reporter Steve Miletich contributed to this report written by Jim Brunner.")