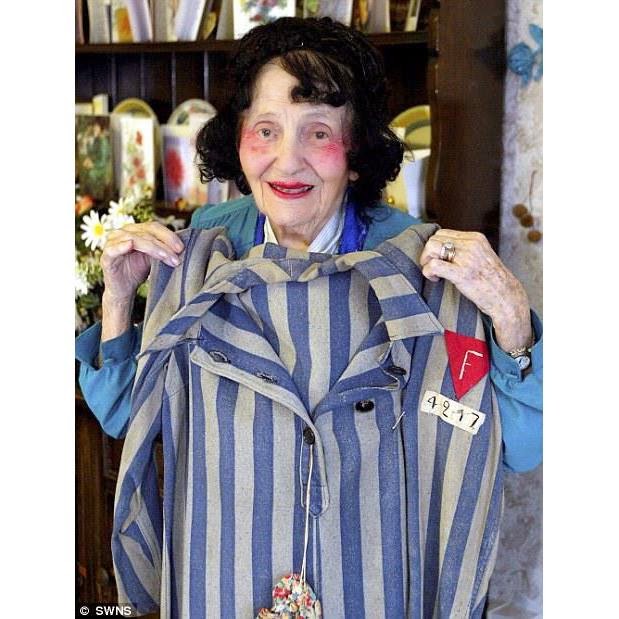 A Mighty Girl
Today in Mighty Girl history, Andrée Peel, the World War II heroine known as "Agent Rose," was born in 1905. The most highly decorated woman to survive the war, Peel was a major figure in the French Resistance who helped save countless lives, including over 100 British and American pilots shot down over France.
When France was occupied in 1940, Andrée Virot, as she was known then, was running a beauty salon in Brest and joined the resistance movement after the city was occupied. In her role as Agent Rose, she began circulating an underground newspaper, passed on information to the Allies on German shipping and troop movements, and guided Allied planes to secret nighttime landing strips by torchlight. She is most famously remembered for running an under-section of the resistance that rescued 102 Allied pilots over a three year period, ferrying them through a series of safe houses to isolated Brest beaches for transport to England.
When the Gestapo learned of her involvement with the resistance, she fled to Paris but was arrested shortly after D-Day on June 6, 1944. She was sent to the Ravensbrück and Buchenwald concentration camps where she was tortured (she is pictured here with camp uniform -- the red triangle signifies enemy spy or POW). In her most harrowing moment, she narrowly escaped death when American troops arrived to liberate Buchenwald just as Peel was being lined up to be shot by a Nazi firing squad.
In discussing her wartime experience, Peel stated, "I was born with courage. I did not allow cruel people to find in me a person they could torture. I saved 102 pilots before being arrested, interrogated and tortured. I suffer still from that. I still have the pain... At that time we were all putting our lives in danger but we did it because we were fighting for freedom... It was a terrible time but looking back I am so proud of what I did and I'm glad to have helped defend the freedom of our future generations."
Following the war, Peel received many commendations including the Croix de Guerre (with palm), the Croix de Guerre (silver star), the Cross of the Voluntary Fighter, the Medal of the Resistance, the Liberation Cross – all French awards, as well as the Medal of Freedom by the United States and the King’s Commendation for Brave Conduct by Britain. At age 99, she was made a Chevalier de la Légion d'honneur, France's highest honor. She eventually married Englishman, John Peel, and settled in Bristol, England. In 2010, the heroic "Agent Rose" passed away at the age of 105.
Andrée Peel is one of 26 incredible women featured in the excellent book for ages 13 and up, "Women Heroes of World War II: 26 Stories of Espionage, Sabotage, Resistance, and Rescue" at http://www.amightygirl.com/women-heroes-of-world-war-ii
A complementary book telling the stories of heroic women of WWI was also just released: "Women Heroes of World War I: 16 Remarkable Resisters, Soldiers, Spies, and Medics" at http://www.amightygirl.com/women-heroes-of-world-war-i
To learn about another real-life WWII resistance fighter, British special agent Pearl Witherington, check out "Code Name Pauline," for ages 12 and up at http://www.amightygirl.com/code-name-pauline
For two highly recommended novels, both for ages 13 and up, about women resistance fighters of WWII, check out "Code Name Verity" (http://www.amightygirl.com/code-name-verity) and "Rose Under Fire" (http://www.amightygirl.com/rose-under-fire).
For many books for young readers about girls and women who lived during the Holocaust period, including stories of other heroic resisters and rescuers, visit our blog post for Holocaust Remembrance Week at http://www.amightygirl.com/blog/?p=2726
To browse our entire collection of stories of girls and women living through the WWII period, including numerous stories related to the Holocaust, visit our "WWII & Holocaust" section at http://www.amightygirl.com/…/history-biograp…/history-world…
Posted by Let Kids Be Kids Inc. at 11:24 AM