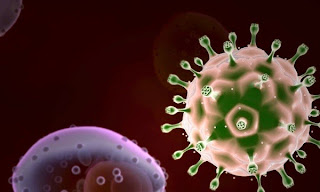 Unless we urgently re-vamp up our curriculums we'll see the same here in those areas of the country that have their heads buried in the sand.

All the recent stats show increases in STDs in the most conservative states.

Russia’s top Aids expert has lambasted the Kremlin’s increasingly conservative agenda, saying the HIV-Aids epidemic is worsening and at least two million Russians are likely to be infected in about five years.
Vadim Pokrovsky, head of the country’s state Aids centre, said the Kremlin’s policies promoting traditional family values had failed to halt the spread of the deadly virus.
“The last five years of the conservative approach have led to the doubling of the number of HIV-infected people,” he told Agence France-Presse.
“It has not justified itself,” Pokrovsky said, noting that the official number of Russians with HIV has grown to some 930,000 people from around 500,000 in 2010.
President Vladimir Putin, who enjoys unstinting support from the Russian Orthodox church, has over the past years been promoting increasingly conservative values in a bid to rally support from his core constituents of middle-aged Russians and blue-collar workers.

Pokrovsky said that some 90,000 people contracted HIV in Russia last year, compared with fewer than 3,000 people in Germany, which has one of the lowest rates of HIV infection in Europe.
He chalked up Germany’s success in fighting Aids to drug replacement therapy for addicts – banned in Russia – as well as the legalisation of prostitution and sex education in schools.
“Children are taught to use condoms there,” Pokrovsky said, indicating that was hardly imaginable in modern Russia where the Orthodox church is growing increasingly influential.
Russia has registered more than 930,000 people with HIV, of whom some 192,000 have already died, said Pokrovsky.
Pokrovsky said he expected those numbers to rise to about one million people by the end of the year or early 2016 as the virus increasingly affects the heterosexual population.
He estimated that there would be about two million people registered as HIV carriers and about three million Russians with HIV in total in about four to five years unless tough measures are taken to halt the spread of the virus.

“This means that the measures being taken now are ineffective,” Pokrovsky said, noting that even if the government takes drastic measures to curb the epidemic now the HIV rate would still be rising for the next two to three years “by inertia”.
This year the government plans to spend 21bn rubles (US$418m) to fight the disease, up from 18bn rubles a year earlier.
Pokrovsky said that the lion’s share of that amount is spent on antiretroviral therapy, stressing that authorities are not paying enough attention to preventive measures including education. He said the Russian health ministry did not have a single expert in charge of HIV prevention.
“This is an infection that affects people aged 25-35,” Pokrovsky said. “They die when they are around 35. And they could have worked for a long time.”
“It’s a serious cause of death for Russians, young Russians,” he added.
More than 60 per cent of those affected are believed to have used drugs at least once.
But Pokrovsky said that heterosexual intercourse appears to be the most common route of HIV transmission in Russia, drawing parallels with Africa, the epicentre of the HIV-Aids epidemic.
Nationwide adult HIV prevalence is around 1.0 per cent in Russia. Some of the worst affected locales include the Volga city of Tolyatti with a whopping 3.0 per cent prevalence, and the Irkutsk region in Siberia with 1.5 per cent, Pokrovsky said.
Since the start of the worldwide epidemic, about 78 million people have been infected by the human immunodeficiency virus (HIV), which can destroy immune cells and leaves the body exposed to tuberculosis, pneumonia and other opportunistic diseases.
Thirty-nine million people have died, according to UN estimates.
Antiretroviral drugs, invented in the mid-1990s, can treat infection, but cannot cure it or prevent it.