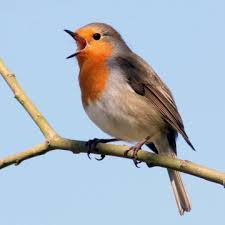 This Songbird Is Nearly Extinct in the Wild. An International Treaty Could Help Save It — but Won’t.

Over a quarter of the species threatened by commercial trade are not protected by Cites, the global agreement intended to save them.


By Rachel Nuwer - 15 March 2019
“Fewer than 500 black-winged mynas remain in the wild in Indonesia, but each year more of the songbirds are captured and sold as pets.
Banteng — “the most beautiful and graceful of all wild cattle,” according to the World Wide Fund for Nature — were listed as endangered in 1996, but their horns still are sold in markets across Southeast Asia.
And the critically endangered giant carp, a Mekong River native that can weigh up to 600 pounds, recently began turning up on restaurant menus in Vietnam. Experts warn that the fish might soon be pushed into extinction.
International trade poses a threat to all of these species, yet not one is subject to key regulations that would help protect it. They are not listed under the Convention on International Trade in Endangered Species of Wild Fauna and Flora (Cites), a treaty meant to ensure that trade does not imperil the survival of threatened and endangered species.
These are not isolated cases: Cites oversights are all too common for many of the world’s endangered species, conservationists warn. “There’s a backlog of species that are being over-exploited and traded internationally, but lack protection,” said David Wilcove, an ecologist at Princeton University.
“Wildlife trade is a threat equal to or greater than habitat destruction for many species, and it’s not going to get any better unless countries step up,” added Dr. Wilcove, co-author of research into the problem published recently in the journal Science.
Cites protects thousands of animal and plant species by barring trade of the most highly endangered and by sustainably regulating the others. But as conservationists have repeatedly pointed out, the treaty neglects entire classes of animals, including 92 percent of the world’s 10,700 reptile species, most amphibians, songbirds and fish, as well as invertebrates and small mammals.
In their study, Dr. Wilcove and Eyal Frank, an environmental economist at the University of Chicago, sought to detail the disconnect between scientific data and action taken to protect plants and animals threatened by international trade.
The researchers first consulted the International Union for Conservation of Nature’s Red List, the authority on the conservation status of the world’s species. The scientists zeroed in on those listed between 1994 and 2013 as threatened with extinction, and then narrowed their focus to species jeopardized by the international wildlife trade.”