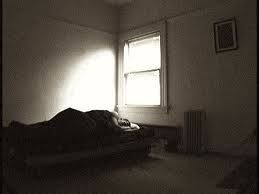 I was talking with an old boy the other day that told me that even though he’s closer to 100 than he is to 75 he still dreams of a number of things possible and impossible.
He still watches the ladies go by with thoughts he acted on in his forties. He still hopes that there is a kiss, a hug, and more, before he calls it a day and bows out for good.
He knows the chances are slim but he has hope in the jaws of truth.
He still hopes there is more adventure ahead that doesn’t involve a doctor, nurses, more meds or an emergency ride to the hospital. He wants to walk through wild flowers way up in Alpine country. He knows he can do it if he can just get past his relatives who struggle to keep him caged.
He’s plotting an escape plan!
He is okay saying goodbye from a makeshift shelter under a grand Cedar tree tucked way up the back a beyond.
He would like to convert the volunteering he does into a paying job.
Money is part of his escape plan.
The mere pennies that flow in, after having exhausted his savings and retirement, for undisclosed reasons, inhibit him. He has an amazing history but knows it’s next to impossible to get a job at his age. He sends out letters, resumes and copies of kudos he’s received over the years without reply. He follows up sending emails to hiring authorities asking for a response. When he gets particularly irritated he calls the potential employer asking for a response. He refuses to obey the rules of the day, from employers, telling potential employees that they should not expect replies, as too many people are applying and they aren’t equipped to handle the applications.
He hopes to add another language to the collection he has mastered. He believes his mastery of language has unique value that may open some doors for him in some far away place where he can walk the beach and dream of snagging the wily Barramundi.
He recently got a small video camera that he is going to use to tell some tales for those who may follow him over the wall.
He has a spontaneous laugh echoing the joy he has spread to others his whole life.
I am taking donations for his breakout!!