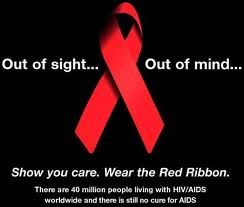 Just when I think I've heard it all someone jumps up and kicks me in the reality knee!!
A friend, who has been long suffering with all that comes along with an AIDS diagnosis, recently moved out of a top notch medical facility that manages a nursing home for the terminally ill.
He made the move because he wanted to feel like he was still in control of his life.
At the moment he is "healthy." That means he is staying alive ingesting various drugs on top of the Morphine and Oxy he takes to manage excruciating pain.
When you live in a nursing home your comings and goings are controlled, you eat their food and share community space with others also fighting terminal diseases.
Not always a happy place to live, as most never leave under their own steam.
Once my friend had made up his mind to leave, and gotten his doctors, DSHS (Department of Social and Health Services), Social Security Administration, Medicaid and the facilities administrations approval to move he began his search for a place to live.
Before he could commit to a new place he had a few more simple hurdles to leap.
He had to agree to return to the facility three times a week for checkups, drug pickup and a few moments with the social worker overseeing his care.
No worries. He was ready to go-
The day he flipped open the Seattle Times to look for an apartment that would meet his needs one jumped off the page inviting him to call.
It sounded perfect.
The apartment was located on the ground floor, no stairs, close to stores, close to a bus route, affordable, quiet, has a small lanai, southern exposure and off the main streets.
When he went to view it with two friends it took him less than a minute to tell the apartment manager that he wanted the apartment. She told him to come back within 24 hours with a months deposit, damage deposit, electrical deposit, payment for a credit check and references.
He was able to accomplish it all with the help of DSHS. (It is less expensive to assist in housing outside a nursing facility so they are motivated to help in a timely fashion.)
When he returned to the apartment house with the checks he was told by the apartment manger that she had to interview him before the final approval of him as a tenant.
He said fine.
Her first question was, "Now, just what exactly is wrong with you?" She pointed at the wheelchair he was sitting in as she asked. She must have been thinking about it for the previous 24 hours as he had arrived at the first meeting in his sporty motorized chair.
He asked her what she meant by the question knowing full well she couldn't legally ask the question.
She said she was uncomfortable with someone with needs and wanted to know what was wrong with him.
After thinking of all sorts of replies that would have had him looking elsewhere for an apartment he told her he had AIDS.
She went nuts!!
"What about my tenants? I don't want them catching it! What if you bleed on the carpet? I don't want people infected by you when you wash your clothes, cough or throw up. I don't want all sorts of strange men coming and going etc. etc etc."
2012-Yes, it's 2012 with many people still ignorant of the facts on HIV/AIDS and how it is transmitted.
When I first got involved in the 80's with HIV/AIDS victims I expected to hear such fear wrapped in ignorance. Unfortunately, there are still lots of people in the dark to the facts around this malady.
Fortunately for my friend the managers husband, and one of their friends, a fellow tenant, joined the interview just when it became necessary to calm down this woman.
She was literally freaking out sputtering all sorts of nonsense. The two men were trying to cool her jets as best they could considering she was way off the rails.
My friend had had enough!
He mentioned what laws were being violated and suggested she spend some time becoming familiar with the disease. He put the checks on the coffee table, turned and left saying he would make arrangements to have his furniture delivered. He was prepared for her to come up with some excuse for why he couldn't move in. He waited for her phone call - to his surprise, she didn't call.
The two men must have talked some sense into her. Maybe, the fear of a law suit played a role.
He's now a proud "living on his own" tenant in a very cool studio apartment.
We laughed about the manager, though we wern't laughing humorously.
It was sad laughter.
N.B. One cannot become infected by sharing a washing machine that a person with HIV/AIDS has used even if they were to wash bloody items. The virus is too fragile to survive.
For more information see Lifelong AIDS Alliance, Multifaith Works and my book "Ice" which shares story after story of people living, loving and surviving the scourge of HIV/AIDS.